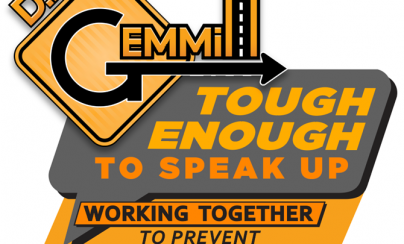 Most construction workers know that falls are still the leading cause of death in the industry. But do you know that there is a killer of construction workers that is four times greater than in the general population. Workers in construction are four times more likely to take their own lives than the general population. So why are we not having more conversations about suicide? Well, most reasons I have come up with are centered around the “Tuff Guy” attitude. People in construction feel they are too tuff to talk about mental health and feelings. I say these are myths and we need to talk about them.

Myth #1: Talking about Mental Health somehow makes you weak. This is far from the truth, speaking up about any topic that has an unpopular public view takes not only bravery but strength. Let’s stop the nonsense in the world of construction that you can’t be tuff and talk about Mental Health and Suicide. Employers and workers themselves need to stand up and SPEAK! If you notice an employee or coworker having a hard time talk to them, let them know they can talk to you. If you are the person having thoughts of suicide, find that person to talk with and find a professional who can help.

Myth #2: Mental Health Illness is not a “real” illness. Just as there is tons of science to prove any number of diseases there is also Science proving Mental Illness is very real and many times treatable with medication and/or therapy. These treatments are no different than what is used for any other type of illness. Some may argue Mental Health Illness is not real because you cannot see the symptoms. If that were true than the same would be true of many other illnesses and diseases such as heart disease, high blood pressure, most cancers, etc. Ask those who have lost loved ones to suicide if they feel the very real affects of Mental Health Illness.

While there are many other Myths I could talk about here, I feel what we really need to talk about are the facts. The fact is that construction has more workers taking their owns lives than any other occupation. Not only are we losing thousands of workers due to falls, struck by and other jobsite accidents but we are losing more workers to Suicide than any other industry. Yet, those of us in construction still don’t want to talk about. I say we better start talking about it! We not only should be talking about it, but we need to start training and learning to see the signs and know what to do and who to report it to. Just as we train on and talk about fall protection, traffic control and other topics to keep us and each other safe we need to train and talk about Mental Health and Suicide.

Research shows that those working in construction have work-related stress that can have severe impacts on mental health that without proper support may lead to substance abuse and even suicide. Some stressors in construction that many other industries may not have are the uncertainty of seasonal work, demanding schedules and workplace injuries. I would include the stress of working in less-than-ideal conditions such as weather and site location, the thought of possible injury and being away from family and friends for extended periods of time.

OSHA has formed a taskforce to bring awareness to the topic of Suicide. They have made many resources available on the topic and have called of participation in a weeklong Suicide Prevention event coinciding with National Suicide Month in September. Let’s take the opportunity this month to bring the topic of suicide to the forefront of our safety topics. Take this month to start changing the “too tuff to talk” attitude and make it “tuff enough to talk”.  Then let’s make it our mission every day to make construction a culture where talking the tough talk is ok.