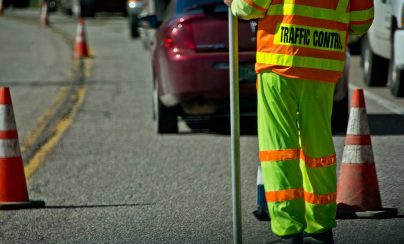 It never fails, you’re running late and now you see signs, barrels, and an array of workers you are sure are there only to inconvenience you. Now because of this person holding a sign that says “stop”, you are certainly going to be late!

After what feels like an eternity, that annoying person finally turns the sign to “S-L-O-W”! You don’t have time for “slow”, so you speed away in an attempt to make up time. Moments later you regain consciousness and find yourself tangled in a mass of metal.

While the scenario may be made up the numbers are fact. The fact is, according to the US Dept. of Transportation and Federal Highway Administration, over 95,000 accidents occurred in US work zones in 2018. These accidents ended in 755 deaths (124 of which were workers) and 45,400 injuries. All of which could have been prevented!

The numbers for 2019 look even higher, although the statistics aren’t complete yet. A 2019 nationwide survey on highway work zone safety, conducted by the Associated General Contractors of America, found the 67% of highway contractors reported intrusions. Every intrusion by a non-contractor motorist has the potential to cause injuries and/or death.

So even in the fast paced world we live in, slow down, pay attention and make it through the work zones uninjured, alive and allow those working there to do the same.